The shortest day of the year slowly approaches and brings with it several more months of early darkness and chilly days. Instead of counting down the days until spring, focus your energy on creating a pleasant environment that you’ll look forward to cuddling up in. Here are three simple ways to up the cozy factor in your home this winter.

If your house is filled with hardwood floors that make getting out of bed in the morning particularly difficult, it’s time to invest in some area rugs Atlanta GA. Perhaps you want something soft and squishy or are hoping for bright, beautiful colors to brighten up the gloomy days. A new rug will make your living room or bedroom feel like new and even help regulate the temperature.

Now is not the time to curl up under that old, threadbare blanket you’ve had since college. Treat yourself to the fluffiest, warmest blanket you can find and wrap yourself up in it with a cup of tea at night. If you hate those first few moments of slipping into the chilly sheets on your bed at night, pick up some luxurious flannel sheets for maximum comfort.

Perhaps you have that one room in your house that is always chillier than the rest or maybe once you’re cold you have trouble shaking the chill from your bones. There are several different kinds of space heaters, ranging from pricey to relatively inexpensive, from clunky to sleek. If you work in a cold office, ask your boss if you can keep a small, portable heater under your desk.

Don’t hesitate to reach out to your doctor if you’re really struggling this winter. In the meantime, take care of yourself with these small comforts and whatever else helps to brighten up your day.

Ceilings are something we hardly think about when passing through a room, but they actually matter more than you think. Even though they might not be in our direct line of sight, the quality of a ceiling greatly influences the appearance of a room. Outdated or damaged ceilings, no matter how luxurious your decor, will only bring down the overall appearance of your room. It’s time to give some attention to that often ignored piece of your room and put some work into your ceilings.

Let your ceiling be an attraction instead of just ‘there’. The first step is restoring any damage that exists on your ceiling—this means any water damage, cracks, or unsightly marks. Make sure if it’s something that needs a repair, you find the proper method to thoroughly fix it instead of putting a bandaid over it. Since ceilings are a necessary support system, you don’t want to take the easy way out. Water damage with a drastic underlying cause may require extensive handiwork and repairs, while unsightly stains and marks may simply require a fresh coat of paint. Be sure to have a professional inspect your home if you are worried that there might be extensive damage.

Next, you’ll want to strip your ceiling of any outdated and unattractive textures, like popcorn, rosebud, or scalloped ceiling textures. These textures, which were once trendy, had a short lifespan and went out of style ages ago, but you’ll still find many homes that have these unruly bumps on their ceilings. Keeping a textured ceiling could throw off the aesthetic of your entire room if you’re looking to modernize and update it, so you’ll want to get it refinished as smoothly as possible.

This is a relatively simple, but tedious task. Make sure all furniture has been removed and surfaces are covered with a throwaway plastic tarp. Fill a spray bottle with warm water and a dash of dishwashing soap, and spray down the ceiling. In about 20 minutes, you’ll be ready to start tackling the texture. A floor scraper is the best suggested tool to use in this task, since it requires a copious amount of scraping. Keep at it until the surface is flat, and get any residue out of the corners with a putty knife. You’ll likely need to sand your ceiling down with a long handled pad— but just enough to flatten out any noticeably uneven surfaces without removing too much of the ceiling’s layer.

Now, you’re ready to prime and paint. Depending on what you plan to do with your ceiling in the next step, you’ll have to take careful precautions to make sure you prime properly and fully. If you have no intention of painting your ceiling in a bright shade but opt to keep it white, prime, and then choose your white to paint over it with. Off-whites, greys, beiges, and other light hues can even be a viable alternative to a stark white.

Many homeowners these days are choosing to match their ceiling color to their walls or choose another complementing color instead of leaving it in the traditional light neutral. There are a variety of tricks to choosing a color if you’d like to adjust the way your room is viewed. Do you want the room to appear bigger? Opt for a brighter, but not necessarily lighter shade to lengthen the look of your ceiling if you’re looking to stray from a traditional tone but keep a contrast. If you want your room to feel cozier and more together, paint your ceiling the same color as your walls, or a shade or two lighter.

Looking to change things up? You might think to add something a little bit more than a new paint color. Whatever your style, there is something to be done that can dress up your ceiling and make it the star attraction of the room. And since a ceiling is hardly face-on, it isn’t an overwhelming addition. At Décor Aid, we’re loving tin ceilings for smaller rooms to add an inspired look, and exposed wood beams for rooms that have an especially rustic air about them. If these aren’t your style, you can add moldings or skylights, which are a little more subdued but still far ahead of any traditional old room.

Your ceiling doesn’t need to be an element that you gloss over so quickly when entering the room. Think about refurbishing it and making it something that adds to the entire space. With a little TLC, your outdated ceiling can be brought back to life. While it may seem like a big undertaking, the end result will be stunning for years to come.

One of the most crucial things in building a house is deciding on the flooring. Not only will it cover the most surface area beside your wall and ceiling, but it also defines how you’ll be complementing your choice of furniture to fit your home’s theme. Vinyl flooring is one of the cheaper alternatives for sprucing up your home without spending too much of your budget. Since vinyl flooring can mimic almost any type of flooring surface, it is not only cost-effective but adaptive to your aesthetic needs as well.

Vinyl flooring can come in a variety of patterns, textures, and colours. They have different design variations of hardwood or even cement textures that can add a touch of elegance to any home. Vinyl comes in three different main types, namely sheet vinyl, solid vinyl tile, and luxury vinyl tile.

Besides the magnificently low price that it has in imitating more expensive flooring, vinyl flooring is much easier to manage. The cheapest vinyl flooring usually features a no-wax coating which can be easily washed and cleaned with water. The only downside to buying no-wax coating vinyl is its weak resistance to scratches. Urethane-coated vinyl steps up from the no-wax coating by having its glossy shine which saves you the hassle of needing to buy floor polish or waxes. If you go the extra mile, choosing enhanced urethane vinyl combines both scratch and stain resistance with its lasting glossiness.

Versatility in the home

Vinyl flooring is a cheap and versatile choice for homemakers since it can last for up to twenty years when maintained properly. Because of its endurance, it’s mostly the top choice for rooms that have a lot of foot traffic like the kitchen, hallways, and bathrooms. With an extensive library of patterns to choose from, it can cover your home from top to bottom. As it’s effortless to clean and replace, it’s an optimal and cost-effective choice for owners who want to have a simple to manage yet elegant flooring for their homes. 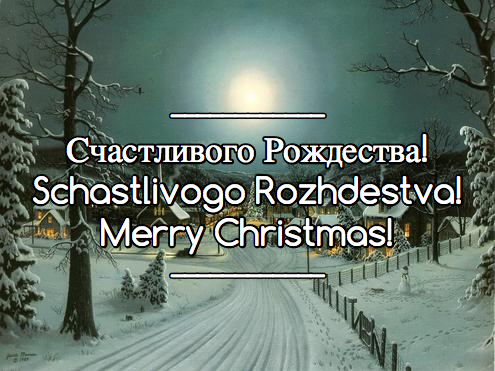 When you’re planning a visit overseas, you little question have already got a number of common (and possibly expensive) destinations in mind. See the Nice Value Holidays web site or converse to a representative for particulars and restrictions. There are multiple wineries for the adults throughout, however Fredericksburg is a easypeasyvacation.com good pit cease for the whole household, with homey B&Bs, racing, and dwell music. The swimming pools were nice that they had many to choose from I appreciated the ocean with the barrier so when the tide or water was rough you might still go into the ocean and not have to fret in regards to the waves splashing over you. 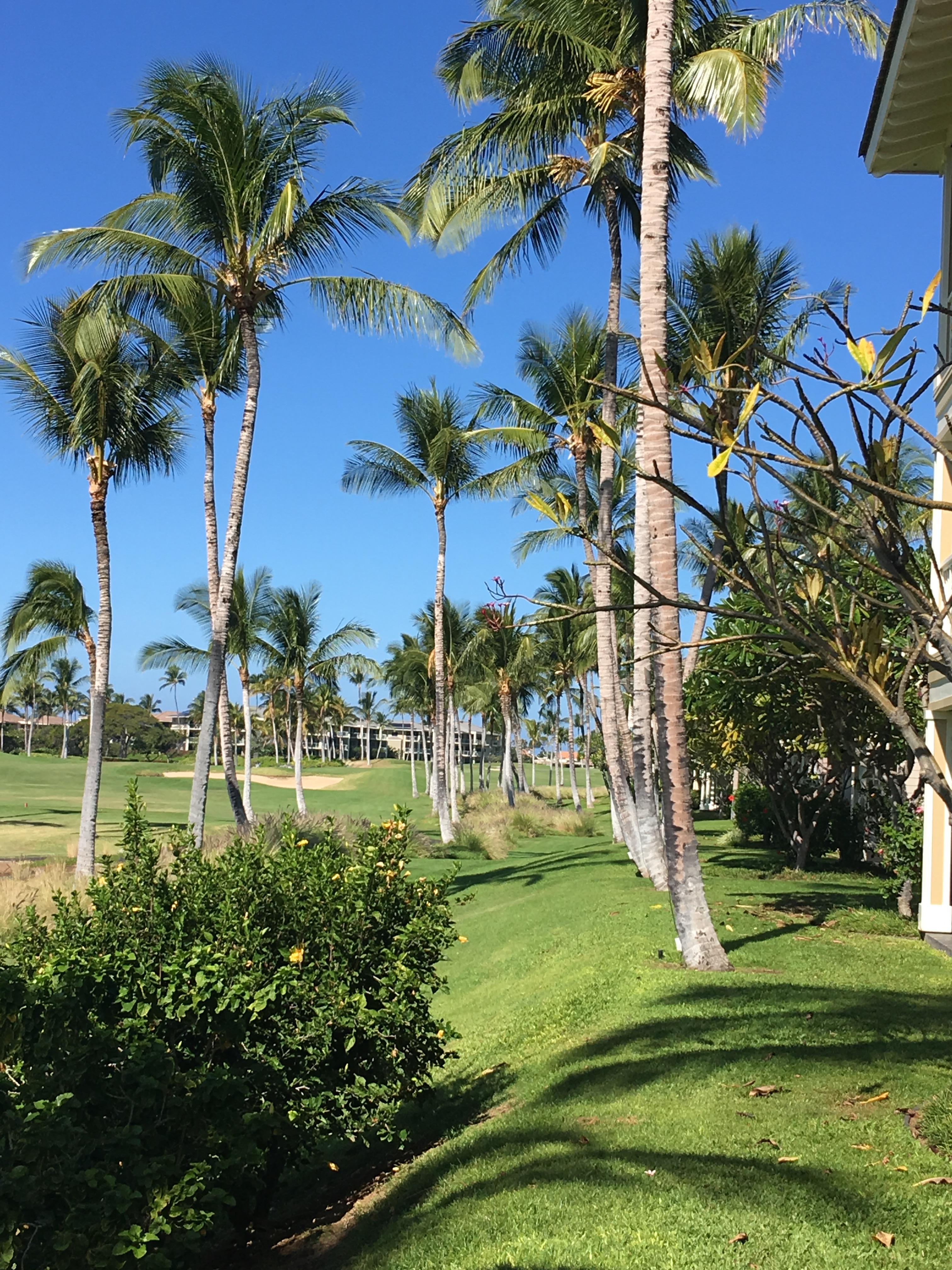 Art and creativeness meet on the Frederick Meijer Gardens & Sculpture Park , the place kids can put on their own puppet exhibits at the Storytelling wallpapermatte.com Backyard or sit in an infinite fowl’s nest in the Treehouse Village. The other is sort of true as well – plan the flawed form of a vacation and they will be impossible to be round. In case your dream trip involves snow-capped mountains and many fleece, you could be considering a visit to Europe to see the Alps.

A 400-acre accredited animal park in Santa Rosa, California — inhabited by giraffes, zebras, buffalo, wildebeests, warthogs and impalas — presents the Safari experience your kids have been dreaming of. If you need a break from the animals, you possibly can discover the Napa or Sonoma wineries close by. Disney Cruises for Families: Disney Cruises are such a favourite with youngsters that they deserve their very own mention.

Lunches we either ate at Paradiso or on the seaside buffet, both had great decisions. We spoke with travel specialists to seek out out some great places to visit together with your big” kid. The unlimited vacation coverage and versatile work schedule permits staff to take time off to spend with their families on holidays, at their children’s sports activities games, or just with the ability to get off work in time to select their youngsters up from school or daycare,” says advertising and marketing supervisor Brittney Borowicz.